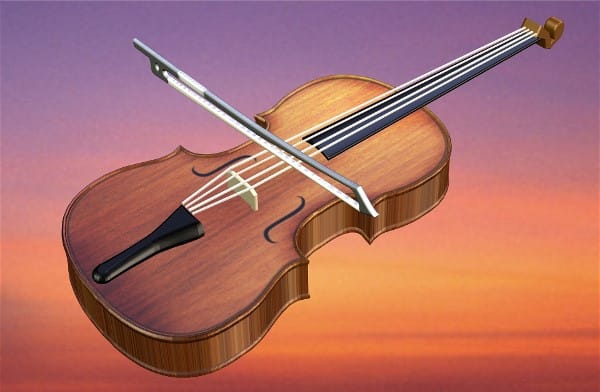 In fourth grade I found it increasingly difficult to keep my attention focused on my studies. My gaze was often directed out the window, or else I focused inwardly on fantasies fleeting through my mind. I dreamed of far-off places; of tall stands of forest, of glacier-laden mountains, of vast seas and distant islands. My mind was rich in uncharted frontiers as well as exotic foreign cities, bustling with colorful merchants and smelling of alien incense. These places I traveled to in my mind were so much more enchanting and awe-inspiring than the dull rote of the classroom. The monotone of the teacher’s voice was too easy to block out. My descent towards scholastic failure continued.

But not completely! Whenever a subject managed to capture my wandering attention I quickly excelled in it. Such was the case when it came to geography. Why, my teacher must have wondered, was I the best student she had in geography, yet I was mediocre, or worse, in all the other subjects? The answer, of course, is that I enjoyed it. I was infatuated with maps and I fervently enjoyed discussion of foreign places.

Music is the other subject that I excelled in — at least to a certain degree. It was not just that I enjoyed music, but I was a natural at it. An understanding of music came very easily to me, and my teacher spotted this. I had a natural talent she told me, and perhaps I had, and perhaps I could have taken that talent to untold heights. Perhaps I could have made a career out of it, and maybe even become famous. Who knows? Maybe I could have, but I did not. Instead, music soon became for me a nasty ugly problem.

My older brother had started playing the clarinet and was in the school band. I chose vocal music, however, and it was the vocal music teacher who took a strong interest in me. She had season tickets to the Baltimore Symphony Orchestra, and since her husband did not really want to attend, she used his tickets to take me with her to all the concerts. She also took me to various string quartets, choir recitals, and piano competitions around the area. She even lent me some of her classical music records, saying that I should study music as hard as I could because I would be really good at it some day. She was responsible for opening my eyes to the marvelous world of music and I will always love her for that. I could not have been more excited. I looked forward to each concert date with great anticipation.

One of the concerts featured a prominent guest violin soloist. I was completely mesmerized. My passions were ignited. The music pulled me into a dimension of pure joy. When my teacher took me backstage after the concert to get the violinist’s autograph I was shaking with excitement. When the man handed me back the signed program booklet I knew instantly that I had found my calling.

Meanwhile, my mother was becoming increasingly agitated about this woman taking so much interest in her son. Just what were her motives? My mother felt that such an abundance of positive reinforcement coming from this teacher simply could not be good for me. Was she setting me up for a major disappointment? Telling a child he has talent was a very wrong thing to do, in my mother’s eyes. Her belief was that no one is born with talent; one had to work most diligently to achieve it, and only after a lifetime of hard work and suffering could someone be called talented. My mother did not notice any particular musical talent in me. To her, I was just normal, and thank God for that, for my mother certainly did not want to have to deal with a prodigy.

Finally, when she could take it no more, my mother stopped the concert dates with my vocal music teacher, and had me transferred from the vocal music class to the band class. Although I was sad about leaving my teacher, I hastily agreed to switch to instrumental music, proclaiming that I desperately wanted to play the violin. But oh no! My mother would have none of that. With her migraine headaches being as frequent as they then were, she was not about to put up with some kid screeching a violin. Pick something else, I was told. Pick a band instrument, like my brother did; one that is not screechy or too loud, and certainly not drums!

I had finally found something to direct my passions into. Playing the violin was the one thing I wanted to do more than anything. It was the one and only certainty in my young life. And my mother took that from me. I was devastated. I pleaded and begged and threw fits, all to no avail. My passion and drive for music were greatly thwarted. I went into band only begrudgingly and half-heartedly. My mother never realized what she did to me. And she was not finished, either!

I finally settled on the trumpet as my instrument, but even this was a problem. My mother told me to ask the band teacher if there was a school-owned instrument that I could play. She would not buy me a trumpet until she saw that I was serious and that I would stick it out and not lose interest. She was not one to risk money on a gamble. To my dismay, the school did not have any trumpets. They did have a baritone, however; in fact, the fledgling band sorely needed a baritone player. Unless I could provide my own instrument, I was told, I would have to play the baritone. Seeing how depressed I was lugging that huge baritone case home from school, my mother told me that if I did real well with the baritone, she would buy me a trumpet the following year. This did not cheer me up because what I really wanted, of course, was a violin.

Since I was starting in the band halfway through the year, the band teacher asked me to visit her in the band room after school each day for the first few weeks so that she could try to catch me up on what the other students had been learning. I ended up visiting her after school only two times, though, for this is all I needed to catch up. That first day after school the teacher said to me, “For the last few months the class has been learning to read music. They haven’t even played their instruments much yet, so you don’t have to worry about being too far behind in that respect. But you will have to learn to read music quickly.” To her utter astonishment, I learned to read music in about twenty minutes.

“Are you sure you didn’t already learn to read music?” she asked me several times.

“Yeah. I don’t remember ever being taught. It does seem…ah, kinda familiar…. But I don’t think I’ve ever been taught this. It’s just simple, I guess.”

She was bewildered, yet pleased. She then introduced me to the baritone. She showed me how to hold it and blow into it and how to finger the buttons. Then she gave me some simple exercises to practice at home. The next day I played those exercises for her as well as some new ones that she put before me and she declared me ready to join her class. I was instantly her best student, if not her happiest.

The following year I got my trumpet, but what that amounted to was a reward for NOT striving and NOT excelling at music, for, although I had gotten straight A’s in band, the beginning band class was in no way challenging to me, and, in my depressed state, I made little effort to push myself beyond what was expected of me. I was rewarded for being good, but normal. I was rewarded for NOT being a prodigy. I was rewarded for knowing and staying in my place. To me, the best part of the reward was carrying around a much lighter instrument. That baritone was like carrying around an elephant with me to school. But even this proved disappointing, for the band teacher pleaded with me to continue with the baritone. The band needed me, she said. My baritone playing held the band together. No one else could provide the bass sound to round out the sound of the band. Reluctantly, I agreed, but I stopped bringing the baritone home with me. I did not need to practice to keep up with the band anyway. At home I tried to teach my self trumpet.

Meanwhile, my brother, who was now in Junior High, was getting pretty good at the clarinet. Whenever the family went to Pittsburgh, my mother insisted that he bring his clarinet and I my trumpet. She liked to show us off to the relatives. She would stage little concerts for them. First, my brother would perform something on his clarinet then it was my turn. I vehemently hated doing this with every fiber of my being. First of all, my brother had been playing the clarinet already for a couple of years and he was pretty good. But the trumpet was new to me, and I was teaching myself to play it. I was much better on the baritone. I hated being upstaged by my brother. Secondly, I had a bit of a crush on a girl in the audience; one of my distant cousins. I was terrified of embarrassing myself in front of her.

One time, I was so nervous I could not play a note and ran out of the room. My mother came and got me. Clutching my arm tightly with her hand, she brought me back out in front of the relatives. While still in the other room, she had said to me, “Now I bought this trumpet for you and you are damn well going to go out there and play it!” She wanted a return on her investment. But she was humiliating me in front of the girl I had a crush on, and I just could not bear it. I did not want to be a performing monkey that my mother could show off to the relatives. My mother was squeezing all the joy out of music for me. With tears streaming down my cheeks, I blurted a few disgusting sounds through the horn, then turned to my mother and shouted, “There!” I put the trumpet down and walked away. I went out the back door of my uncle’s house, walking quickly through their back yard then running into the forest behind their house. I ran until my crying stopped me. I cried and cried until there was nothing left but the stillness of the forest and the chirping of birds and the silent flight of a single leaf floating down from the treetops to the grave of the forest floor.