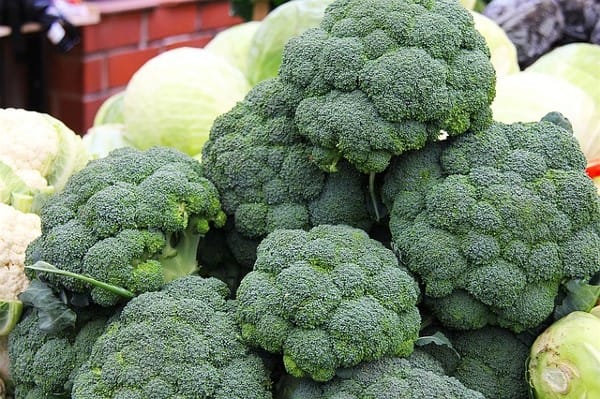 It was the early Nineties and George Herbert Walker Bush was president. Despite being male, I was a full-time stay-at-home-mom living in the Pacific Northwest. My lord and master was a four-year-old girl; my daughter.

I happen to be an ardent lover of broccoli. Seriously, I can’t get enough of it. Despite being rather poor back then, I only purchased organic broccoli and I tried to always have it on hand because I cooked it and served it regularly.

But I insisted on drastically restricting the access to TV our daughter would have. At first, I only allowed my daughter one hour of television per day; a half-hour of Pee Wee’s Playhouse and a half-hour of The Simpsons. That is all we ever watched.

But that didn’t last long. Before we knew it we were watching Sesame Street and Beverly Hills 90210. I’m not sure how that happened. And then there were the shows the wife wanted to watch…..

And then came that dreadful, horrible day. As with every day, I cooked up dinner and, as was often the case, that dinner happened to include steamed broccoli (upon which I had sprinkled shredded cheddar cheese in order to make it more palatable to my daughter).

I tried to set a precedent of not ever watching TV and eating at the same time but I was overruled by the females of my little family. I have no idea what else I cooked that night for dinner except that broccoli was part of it.

So there we were eating dinner (which included broccoli) while the TV was on and on comes an interview with then-president George Herbert Walker Bush. He had recently made a disparaging comment about broccoli and the reporter asked him about it. I’m paraphrasing but President Bush said something like, “Hey, I’m an adult MAN and I don’t like broccoli and I don’t have to eat it if I don’t want to!”

At the end of the meal I noticed that my daughter had eaten everything on her plate except the broccoli. She saw me looking at her plate and adamantly replied, “Hey, if the president of America doesn’t have to eat broccoli then I don’t either!”

I put my face into the palms of my hands and almost wept.

About a week or so later I saw an interview on TV with former California governor Jerry Brown who was running for president against G.H. W. Bush and others. At the time, Jerry Brown proclaimed to be a vegetarian who did yoga and who slept on a single mattress on the floor after meditating. He was asked about his stance on broccoli. He replied that he loved broccoli and ate it all the time. My wife and daughter weren’t around to see this.

Soon thereafter, we decided to move from the dismal, rainy Pacific Northwest back to the sun-drenched Southwest desert. We rented a U-Haul in which we packed our possessions and we drove across the American West.

Many people will put bumper stickers and political signs on their vehicles to proclaim their political affiliation to one candidate or another. On the back of the U-Haul truck I taped up a hand-made sign that simply read, “Jerry Brown eats broccoli!”

On the trip from Washington to New Mexico thousands of people must have read my sign. Obviously, it made no difference. (I’m sure many people scratched their heads in befuddlement.)

Now my daughter is 30 years old, with two daughters of her own, and she still refuses to eat broccoli.