Can Smoking Be Sacred? 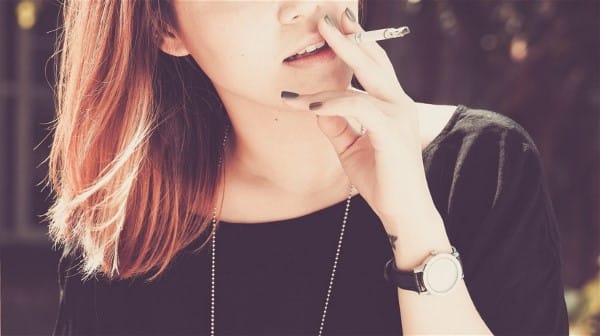 In today's modern Western world we are bombarded with messages that tell us that smoking is bad for us and there is a mountain of medical evidence to prove it. We are also given subliminal messages from Hollywood that smoking is cool and sexy and we may come across social pressures saying the same thing. The messages we receive, both on a conscious and subconscious level, are numerous. The overall prevailing message is that smoking is bad and we either react to those messages by not smoking or we smoke and live with the guilt of betraying social convention.

Almost thirty years ago when I was immersed in my indoctrination into Lakota spirituality I learned that the Lakota considered four herbs as being sacred. Those four sacred herbs were; sage, used to dispel negative energy, cedar, used to attract positive energy, sweet grass, used for purification, and tobacco, used for prayer.

Tobacco a sacred herb? Used for prayer? The Surgeon General would surely disagree......

It was the native peoples of the Western Hemisphere who introduced tobacco to the rest of the world. But the rest of the world never understood--and surely never even heard of--the sacredness with which it was originally used. They loved it, though, and turned it into something completely different.

Used for prayer? Before the White Man came and broke their spirit, took their land, killed the buffalo, and put them all on reservations, the old Lakota people were smokers who used smoking to pray with. At certain times of the day, the Lakota men would stop whatever they were doing and gather together in a circle to light their pipes. (Lakota women did this, too, but separate from the men.) When smoking they would flush all mundane thoughts from their minds and concentrate on a prayer. As they drew the smoke into their lungs, the smoke would pick up their prayers and as they released the smoke out of their mouths the smoke, holding their prayers, would go up into the sky towards The Creator.
Smoking was their way of sending their prayers to The Creator.

While smoking, it was imperative that one had a clear mind and was focused on positive prayers that were based on unconditional love for all things. During sweat-lodge ceremonies, when vibratory frequencies were drastically increased, the pipe was passed around (always in a clockwise direction) for everyone to send their prayers to The Creator. Smoking was never done as some habitual routine and it was never done while carrying out other things or while thinking other things. It was very, very sacred.

All the Lakota people always carried on them a leather pouch of tobacco. (I should point out that this tobacco was 100% natural and did not contain the numerous harmful and addictive chemicals that modern tobacco contains.) When they harvested plants and herbs from the countryside they would sprinkle some tobacco on the surrounding ground to show their thanks to The Creator for providing the bounty they were harvesting. When they set up their teepees they would sprinkle tobacco on the ground surrounding the teepee (always in a clockwise direction). When they made their prayer flags (similar to Tibetan prayer flags) they would sew in a pinch of tobacco to show their respect for all life. When they killed a bison to sustain their tribe they would first sprinkle tobacco around the kill before ever proceeding with the butchering. When a new baby was born they would bless it with all the four sacred herbs, including tobacco.

But when the peoples of Turtle Island introduced the sacred herb of tobacco to the invading White People from Europe everything changed in regard to this sacred herb. The intense spirituality behind smoking was dismissed as something savage, primitive and un-Christian. The sacredness of tobacco was lost and smoking turned into something that killed people.