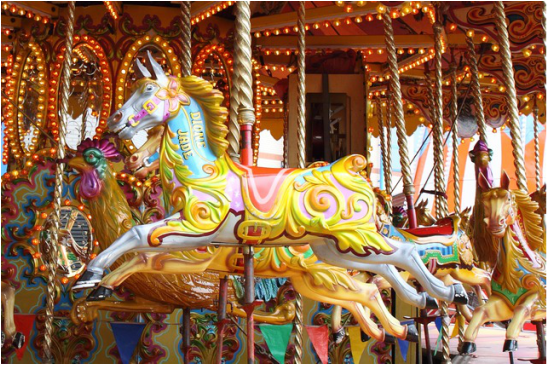 The boy was disciplined but it seemed to make no difference. All he wanted to do was go out into nature and play.

The townspeople realized he was forlorn. They all accepted that he would never amount to much and they kept a place for him in their society but it was a very lowly place.

The boy willingly accepted his role in society, knowing that as long as he could go out into nature and play that he would be happy.

Then one day a circus came to town and all the children wanted to attend. The boy's parents would not allow him to go to the circus and insisted that he work out in the fields while his siblings went to the circus.

The boy was greatly saddened by this. He did his chores in the field but then afterwards he went out into the forest and he told the forest of his pain. He told the animals and trees and plants that he wanted to play but he was forced to work as punishment for not conforming to what was expected of him.

The animals and plants and the whole forest heard him and they responded. The boy experienced a circus in that forest that was far grander than the one experienced by the other children in town attending the traveling circus.

When he came home that night and told his siblings and his parents of his exciting day they scolded him even more. They told him he would never ever go to a circus.

The boy thanked everyone, to their bewilderment, and then he said that the next day he would do his chores as before.

Everyone was bewildered. Why did he not react in a hostile fashion at being reprimanded so as he had done in the past?

The boy never reacted in a hostile fashion again. Eventually everyone just forgot about him and let him be.

The boy eventually grew up and left the neighborhood. He traveled far and wide. He never attended a circus but he had more fun than just about anyone. He eventually landed in a town where the circus wintered. He asked to be employed by the circus but only while they were in their wintering home. He was told that every circus performer had to go out on tour with the circus.

The boy said, "No thanks, I've already been there. And I know that the circus really only exists in the heart of the home we find ourselves in." The circus owners were aghast and told the boy to go away. The boy thanked the circus owners for refusing him a job and he left that town to travel the world and everywhere he went he created a circus that everyone he met could feel without attending an actual circus.

He continued on his journey. When the real circus came to a town the boy had been to, everyone suddenly missed the boy. But they didn't understand why. But their enjoyment of the circus was greatly enhanced. And the boy's travels were greatly enhanced. He always stayed one step ahead of the circus. And no one knew why they liked him so much. He was gone long before anyone could figure it out.