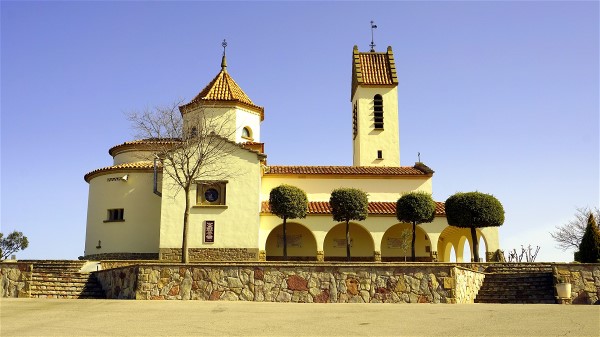 Lourdes Chapel, France
So what do Crazy Horse, St. Bernadette and Edgar Cayce all have in common? Just for fun, let’s take a look….

Interestingly, the lives of Crazy Horse and St. Bernadette were pretty darn co-linear. Crazy Horse was born in either 1840 or 1844 and was assassinated in 1877. St. Bernadette, the young French girl who was visited by the Female Christ in a grotto outside of Lourdes, France was born in 1844 and died in 1879 at the age of 35. Crazy Horse was either 33 or 37 when he died, depending on which historical account one wishes to ascribe to. Their lives were going on at the very same time on the opposite sides of the globe — and they were as opposite as they could be. (Or were they?)

Another curiosity they have in common is that they were all three Spring babies. Cayce was born on March 18th, a late Pisces just a few days away from Aries. Bernadette was an Aries born on April 16th. Crazy Horse’s birthday is unknown but it is recorded that it was a Spring birth in the Indian months that correspond with our March and April.

Something else they have in common — to some extent — is that they were all three persecuted by Christians. With Crazy Horse it was more indirect and not personal. His people were simply wiped out by a people carrying the dual flags of Christianity and the United States. His people’s spiritual foundations based upon the Female Christ/White Buffalo Calf Woman were attacked and vilified by the conquering white Christian army.

It was personal for Edgar Cayce, too. While he was living in Bowling Green, Kentucky the church Cayce belonged to — and for which he taught Sunday Bible School — actually initiated excommunication proceedings to have Cayce removed from their church because of his psychic abilities. Cayce was utterly horrified that his own brethren would do that to him. Cayce considered himself a very devout Christian and to be accused of evil was earth shattering to him.

The church administration was shocked to open the proceedings for the excommunication to a standing-room only audience. It seemed every member of the congregation showed up and they all testified, one after another, in Cayce’s defense. They told of their babies who had been so sick that the medical establishment had given up on them and how Cayce’s “evil psychic” advice saved their babies and restored their health. They told of endless medical miracles and spiritual miracles, too. After a day’s worth of people testifying on Cayce’s behalf, the church’s governing body dismissed all charges against Cayce. If they hadn’t, they would have been mobbed by practically the entire congregation.

Edgar Cayce, St. Bernadette and Crazy Horse are all considered saints, or near-saints, by their followers yet all three were branded as evil, at one time, by the hierarchical elite aspects of Christendom. This is something everyone eventually confronts who follows the way of the Female Christ. One can get mad and hold a grudge and fight back, as Cayce and Crazy Horse did, or one can be totally oblivious to it all like Bernadette was.

It is assumed that both Cayce’s body and Crazy Horse’s body have decomposed whereas St. Bernadette’s body is as fresh today as it was when she died over 125 years ago.

It’s something to think about, anyway.

It is also rumored that Crazy Horse, St. Bernadette and Edgar Cayce were all members of the same soul-group. This, of course, cannot be substantiated, verified, acknowledged or even considered a possibility by our Western culture which considers the notion of ‘soul-groups’ as pure hokum.