Does Your Wiener Cut the Mustard? 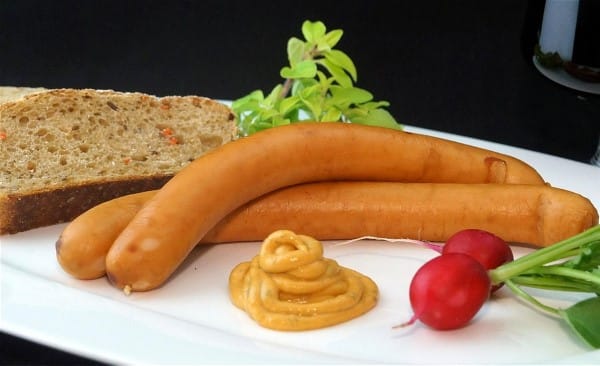 The very best hot dog I’ve ever eaten I ate at the Frankfurt train station in Germany. I don’t think I can actually call it a hot dog, though. A frankfurter maybe?

I was just a teenager and I loved trying new foods. We were waiting for a train and my grandfather pointed out a food vendor with a small cart set up on the sidewalk. “You Americans think you know what a hot dog is. You want to find out what a real hot dog is like?” he asked. I’m paraphrasing, of course, because he said it in German and I don’t speak German so I’m just guessing he said something like that.

It was nothing like the hot dogs one buys at the ballpark on a summer afternoon in America. On a small paper plate, the vendor served a wiener, a roll and a giant dab of mustard. My grandfather showed me how to eat it. He picked up the wiener with his hand, dipped it in mustard then took a bite. He then quickly dipped the roll into the mustard and took a bite of that.

Oh, the mustard! I thought I had died and gone to heaven. It was the very best mustard I’ve ever eaten in my life. My life immediately changed right there in the train station. When I got back to America I never again ate that yellow stuff that Americans mistakenly call mustard. American mustard doesn’t resemble real mustard in any way at all. It’s like a completely different food. I think every American should take a trip to Europe just for the purpose of finding out what real mustard tastes like. They, too, would never eat that American yellow stuff again. It’s like night and day. The quality of American mustard is so profoundly inferior that the French’s company would go out of business if every American teenager would spend a summer in Europe.

I have never found a mustard in America that is as good as that mustard in the train station so long ago. It was some kind of Dusseldorfer mustard but I have never found anything like it in America. So I settle for Grey Poupon, which isn’t quite as good as that train station mustard but almost. Actually, I must be honest and admit that I’m a Grey Poupon junkie. I go into withdrawal should I ever run out of it and that’s why I always stock up on it. I cook with it all the time. Some day I’ll have to share my Grey Poupon chicken recipe. Or my secret recipe Grey Poupon roast.
And then there is my Grey Poupon potato salad!

Nowadays I hardly ever eat hot dogs but when I do I put Grey Poupon on it. Grey Poupon, onions and maybe some thinly sliced cucumbers; that’s the perfect way to dress a hot dog. Try finding that at an American ball park! Or anywhere in America! You can’t! You’ve got to sneak in your own Grey Poupon into the ball park. Maybe that’s why I haven’t been to a ball game in over a decade…..