I Don't Know What Writer's Block Is (And That's a Lie) 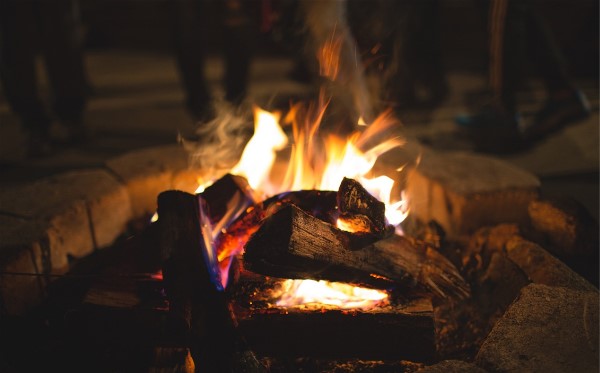 I am utterly amazed by how many articles and books and tutorials and videos and e-courses there are out there about overcoming writer’s block. The quantity of advice available is just plain staggering. And I have never read a single word of any of it.

For a writer who has never made it to the New York Times Bestseller List and who has never experienced resounding financial success as a writer, I sure have had a lot of writers ask me for advice on writing. It bugs me. I tell them that I’m not the one to ask. “Ask someone who is successful,” I say.
But, of course, most all of those writers asking me for advice on how to overcome writer’s block have already read all the advice from well-known authors. And they still have writer’s block so they keep asking any writer they can get close enough to, to ask. And as long as they continue searching for answers to their writer’s block “out there” they will continue not finding them because the only place where the answers reside is “in here.” (I was tapping my chest as I said that.)

When I was a kid I wanted to be a teacher but once I left school and entered the real world I instead became a true student and teaching became the last thing I wanted to do. Teaching was something that distracted me from my life-long learning; of being a student. I was so stupid back then. Thankfully, I have since come to learn that teaching and learning are simply two sides to the same coin. You can’t have one without the other. Focusing on one side exclusively leaves one in a state of profound imbalance.
Being unbalanced, when asked by other writers how one breaks out of writer’s block, I would respond, “Writer’s block is caused by thinking too much! Just stop thinking too much!”

This is a horrible answer. It certainly did not earn me a legion of students. I don’t think I helped anyone with my answer. Why? Because they all thought about it too much.

The truth of the matter is that I was a horrible teacher. To be successful I needed to teach through example. I needed to empathize and share my own experiences in order to relate on a human level. I was too lazy to open that can of worms.

The truth is that I have indeed experienced writer’s block and I knew exactly what I did to overcome it. But it was so long ago….

I was about four-fifths finished with the novel when I was suddenly struck with intense writer’s block. (My girlfriend dumped me at about the same time but, of course, this had nothing to do with it.) For two and a half years I worked diligently writing and re-writing and re-writing again. Then suddenly I could not write a single word.

So what did I do? I decided to have an experience. I decided to hitchhike across the country from one coast to the other and then back again. I was emulating the fictional character, Sissy Hankshaw, in Tom Robbins’ literary classic, Even Cowgirls Get the Blues. I wasn’t just going to read about the brazen exploits of a fictional character; I was going to actually do it myself in real life.

So I hitchhiked to Florida and then turned around and commenced to hitchhike to Los Angeles. My goal was to dip my thumbs in the Pacific Ocean. But I only made it as far as Palm Springs. It was in Palm Springs that I decided I had enough of hitchhiking so I rented an apartment and decided to start writing again.

And guess what? The writer’s block was still there!

I lived in Palm Springs for one entire month during which I tried to write every day. I couldn’t squeeze a single word out.

Finally, with just eleven dollars left to my name and only three days before my next month’s rent was due I decided to build a bonfire. It really wasn’t so much a bonfire as a small campfire. I built it in the alley behind the apartment building where I was living. I’m surprised I didn’t get arrested for doing that.
I went back into the apartment to get the two-inch thick manuscript of the novel that I had worked on for two and a half years. Back out at the fire I sat down on the ground and very slowly fed that novel into the fire…..one page at a time. It took me the better part of an hour to utterly and permanently burn that novel out of existence. Two and a half years of diligent work went up in smoke into the desert night sky towards what I vaguely recall as being a full moon.

It was the best thing I ever did for the sake of my writing.

But I didn’t immediately start writing again. For all I knew the writer’s block was still there but I couldn’t be sure because I didn’t even attempt to write. After all, I was on the verge of homelessness and I had to figure out what to do.

So the very next day I took the eleven dollars I had left to my name and went to a bar for a drink. I figured that if I was at the very bottom of the abyss I may as well catch a buzz before it was all over. I was seriously at the end of my rope.

So there I was sitting at the bar drinking a scotch and soda when some guy behind me drunkenly bumps into my chair just as I was taking a sip of my drink. Scotch and soda goes flying all over my hand and arms and shirt and face with none of it entering my mouth. I spilled over half the drink. “Damn, I can’t catch a freaking break!” I said to myself.

Halfway through that replenished drink I turned around on my bar stool to look out over the room. The man who had bumped me was sitting at a grouping of tables just in front of me with about 10 or 12 other people who were all laughing and yelling and giggling.

The man who bumped me noticed me looking at them and he got up out of his chair and came up to me, inviting me to sit at their table. He said that all the drinks were on him.

“Nice,” I thought to myself.

I just sat there drinking free drinks until someone suddenly asked me what I did. Clearing my throat, I said something like, “I’m a writer who’s been hitchhiking across the country for the experience and I’m now on the verge of being homeless.” Everyone suddenly went speechless.

I felt like an asshole. There’s no better way of putting it.

The guy who bumped me once again grabbed my arm and shoulder, “Hey, you need a job?”

“Well, my wife and I are taking a vacation to Spain in three days and we desperately need a house-sitter and dog-sitter. Our house and dog are in Burbank. Can you come there and do that for us?”

The man began writing on a cocktail napkin. Finished, he handed me the napkin while reaching into his pocket, “Here’s my address. We’ll be leaving for seven weeks to Europe and all we need is someone to watch the house, clean the pool, and watch and play with the dog. You can stay in our guest house plus we’ll pay you.”

He then handed me a hundred dollar bill, saying, “This should get you to Burbank. See you then.” The guy had only known me for a couple of hours and he was about to entrust me with his house and his dog! “Oh, and by the way,” he added, “ our orange trees are ripening so you can have all the free oranges you want.”

So I spent seven weeks living in a rather nice guest house behind a Hollywood director’s house. I cleaned their swimming pool every day and I drank fresh-squeezed orange juice every morning and I fed and played with their dog every day. (The dog and I became very close friends.)

But I never wrote a single word. An opportunity like this is a dream come true for an aspiring writer but I did not even attempt to write. Instead I read like a voracious mad man. Burbank, at that time, had some awesome used bookstores. I must have read close to a hundred books during my “Burbank vacation.”
It was during this time that I picked up a book by Henry Miller and I ended up reading every book that Henry Miller ever wrote. He is fantastic! But it was in one of his books (The Tropic of Cancer) that he gave the ultimate advice to any and all writers. He said, “Just sing.” (I no longer have my copy of the book but I remember the advice was given in just the first 5 or 6 pages of the book. Every writer must read this.)

My writing career profoundly changed. Of course, I didn’t immediately start writing. After the seven weeks poolside I was, once again, facing homelessness. So I got a job and an apartment and worked like an automaton for the next nine months.

Then one day I got a one-word letter from my ex-girlfriend. I don’t know how she tracked me down in Burbank. I had not given my address to anyone.

I had walked home from work for lunch that day and had checked the mail. Inside the envelope from her was one sheet of typing paper and on that one sheet of paper was only one word. And that one word was, “Yum.”

I immediately knew that it was a reference to a Tom Robbins novel (Still Life With Woodpecker) that we had read together (aloud) while we were still in the hot throes of our now long-forgotten romance. Tom Robbins’ “Yum,” had the same meaning as Henry Miller’s, “Just sing.”

After reading the one-word letter from my ex I called up my work and told them that I would not be coming in after lunch. I quit. I then went to the grocery store and bought a bunch of food. I came home, put the food away, and plugged in the electric typewriter (it was the Eighties). I began a whole new novel and to my supreme delight the writer’s block was gone. The words flowed and flowed and flowed….

After about two months of writing I was about four-fifths done with a brand new novel but suddenly I no longer had any food or money and my next month’s rent was just a few days away. I had no choice but to call a relative and beg for some money for airfare back to Texas. That novel never got finished or published. But it didn’t matter because my writer’s block was cured and I have never experienced it again in the almost four decades since then. I ended up writing several novels that never got published and I have written several that have gotten published. When writers mention, “writer’s block” it is very difficult for me to understand what they’re talking about. I have to think really hard to almost forty years ago when I last experienced it. All I can say is; build a bonfire then sing. And employ the mantra, “Yum!” It’s that easy.