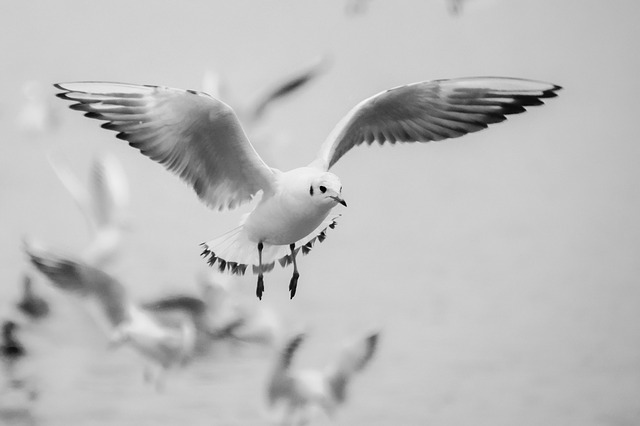 He left the conference room and all the managers meeting in there. He had to get out. He had to flush it all from his mind, from his being. Ten years before he had made a promise to himself to be out of the business within two years but ten years later he was still performing like a robot. He was still plugging into the corporate mind every day. He was still working without joy, without fulfillment.

His mind began thinking business almost immediately upon awakening in the morning. He planned his business moves as he showered. He reviewed his appointments as he ate breakfast. He checked his email while sitting on the toilet. He made phone calls while driving to work. Lunch was a business meeting and often dinner was, too. The loops of business thinking kept playing over and over all day and did not slow down until he was asleep--and even then it would start again as he dreamed.

Walking down the corridor away from the conference room, he could feel his blood pressure peaking. He walked quickly. He did not know to where he was walking. He only knew what he was walking away from.

He tore his tie off and threw it in the waste paper basket in the lobby. He ignored both people who spoke to him. Heading for the front doors, he unbuttoned his collar and the top few buttons of his shirt.

He was quickly out the doors and going down the few steps to the sidewalk alongside the four-lane street in front of the building. Without slowing down he looked both ways and immediately proceeded to cross the avenue. It was almost like a miracle that he never broke stride for traffic. It was like the timing of his coming out of the building was perfectly in sync with the traffic.

On the other side of the street he proceeded down an alleyway between two office buildings. His pace picked up. He took his checkbook out of his jacket pocket and put it in his back pants pocket and then, without slowing down, he took off his suit jacket and threw it in a dumpster.

The alleyway opened to another street which he crossed in the same manner as the previous avenue. Once again, no traffic slowed him down. On the other side of the street was the entrance to the beach. He worked just a block away from the beach but had not been down to it in months.

He finally stopped but only long enough to kick off his expensive Italian leather loafers then pull off his socks and throw them randomly about. He then rolled his pants legs up to just above his knees. Walking again, he headed straight for the ocean. His focus was clear and sharp. All he saw was the ocean.

The beach was almost empty of people but the air was full of seagulls. He did not look at them in his march to the sea. His mind was now completely empty of thoughts.

It was not long before he was walking into the water. He finally stopped when he was knee-deep in the water as it rolled in over his legs. He stood there feeling the water and staring out at the immensity of the ocean. He surrendered to the beauty and power of the forces of nature. He lost himself in the sky and clouds and the incoming waves and the music of the water and the birds. Without thought, he could feel the energy of what he was looking at and it was like he was seeing it all for the first time. He could feel the energy in every cell of his body.

Finally, he started laughing. And then tears began flowing from his eyes. Suddenly, he was in paradise and there was not a single thing to think about. There was not a single worry and suddenly he realized that he was completely free of stress. He was suddenly happy. He was free.
He stood there for a long time crying tears of supreme joy.