One of My Favorite Holidays 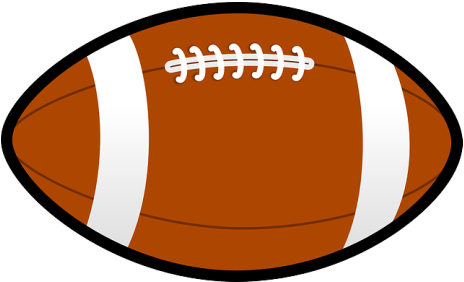 I just came back from a cold but very lovely walk. The walk was a bit surreal because, even though I was walking through a quasi-urban neighborhood, I saw no signs of human life. There were no humans walking about and there were absolutely no cars driving on the streets. There was no sound but for my feet walking through the snow and ice. It was as though all the humans in this town had suddenly ascended and left the planet. The town was like the deathly silent ruins of a former civilization. I never even heard a single dog barking.

I just love Super Bowl Sunday. It is not that I am a football fan. Oh heavens no! The idea of a bunch of big fat sweaty men tackling and groping each other over a ball does not appeal to me at all. The last time I watched a football game was the first week of January back in 1979. No, I like Super Bowl Sunday because it affords me the opportunity to experience the world devoid of humans. I can walk anywhere outside and know that I will not come into contact with other humans for they are all in their homes in front of the TV. It is the one day of the year that I can experience that spooky silent deadness without having to go to the North Pole or out in the middle of the Sahara Desert. It is the only day that utter and profound silence can be experienced right in the middle of even the densest concentrations of human civilization. That incredible silence is a portal through which to connect with one-ness and its many dimensions.

Am I nuts? Yes, but that is besides the point. Most humans fear that profound silence. They will do anything to avoid it. If they find themselves alone they will turn on a TV or radio to prevent themselves from entering that very, very sacred silence. They fear being alone and losing their connection with humankind, not realizing that that holy silence is actually a door into the one-ness of all humans and, indeed, all life. They surround themselves with friends and family, watch TV and sports, listen to the radio and music, surf the internet and even read books all so that they can feel a connection to other humans.....as well as to avoid that dreaded silence. But all those aforementioned connections are mental and emotional. There is nothing wrong with that at all. But there is an even deeper, more profound, connection that can be realized through that blissful, spiritual silence. That other connection is so incredibly euphoric that it can melt every illusion in existence. Through that silence we can enter into every human that is living on this planet or who has lived on this planet. We can enter into the one-ness from which we came, the one-ness that we are and the one-ness that we will continue to be. It is a very, very special thing yet we fear it more than anything.

Super Bowl Sunday offers a huge amount of humans the chance to feel a deep mental and emotional connection with each other and this is a wonderful thing. For those blokes wandering the silent streets like myself, it also offers the chance to enter through the portal of total silence and experience a profoundly deep spiritual connection with all other humans. It is one of my favorite holidays.

The Fourth of July is a horrible holiday that I never celebrate. It is all about nationalistic pride and the feelings of superiority over other peoples of the world. That nationalistic pride is what allows wars to continue to be fought on this planet. I won't have anything to do with that holiday. I love celebrating springtime but Easter sucks. It is all about religion which has sucked all the spirituality out of it. Halloween is the stupidest of all holidays. It simply makes no sense to me. Thanksgiving isn't so bad.......all that gratitude and yummy food. Christmas can be fun but only if you believe in Santa Claus and leave the "Christ" out of it. Once again, religion can suck all the spirituality out of a holiday. New Year's isn't too bad. After all, it's all about new beginnings. But it is also about massive alcohol consumption, kissing, and weight-loss. No, I am beginning to think that Super Bowl Sunday is the most sacred of all holidays.

Someone asked me about my Super Bowl plans the other day. That is when I realized that the Super Bowl was today. I told them I planned on going for a long quiet walk. He looked at me like I was a light bulb only halfway screwed in. Don't I like football? I explained that football, and most all sports, are an expression of the old paradigm of competition. I preferred to focus on the new paradigm of cooperation. I may have also mentioned that national sports, which mostly involves young men, was a way to keep the populace primed for war......or business. After looking at me like I didn't even have a light bulb and was ready to stick my wet finger in a light socket, the fellow then mentioned that even people who don't care for football watch the Super Bowl for the commercials. I then mentioned that commercials were expressions of the old paradigm of consumerism and that I preferred to focus on the new paradigm of sharing and sustainability. At this point the fellow was speechless and walked away. I have that effect on people.

In my defense, I must point out that this year, as opposed to previous years, I actually know which teams are playing in the Super Bowl. I know this because of a joke that I saw online. The two teams are from Washington and Colorado; two states that have or are about to legalize marijuana. And this, apparently, makes it a truly super "bowl," as in pipe bowl. I thought that joke was cute and that's why I know which teams are playing in the Super Bowl; the Denver Broncos and some team from Washington. I'm sure that someone in the next few days will inadvertently tell me who won. Having formerly lived in Colorado, if they tell me that the Denver Broncos won I can say, "Yippee." Having formerly lived in Washington, if they tell me the Washington team won I can say, "Yippee." If they lie to me and tell me the team that lost won I will probably also say, "Yippee," at which point they will definitely know that I am several light bulbs short of a four-pack.