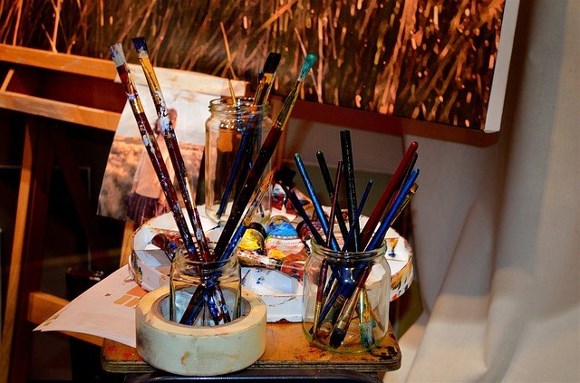 Pedro was a loner, and had always been one. Never in his 55 years had Pedro ever felt lonely, though. So why did he suddenly feel lonely now? Standing on the balcony of his motel room, Pedro stared out at the ocean in hopes of being drawn out of that loneliness.

Pedro was an only child whose parents died in a car accident when Pedro was eleven years old. Since then, he had led a solitary life. While finishing school, he lived with an aunt whom he grew to love. He blossomed with her support, becoming an artist. After finishing school at age 22, Pedro left his aunt’s care to wander the world. Now, 33 years later, he was still wandering.

Even as a child, Pedro refused to join gangs — or any group for that matter. He was not shy. He had no problem interacting with people, but for some strange reason, Pedro had no impulse to cling to anyone. As he became a man, he had several lovers over time and distance, but marriage was out of the question — children, too. No, Pedro had to constantly be moving. Like Tom Robbins’ Sissy Hankshaw, he had no destination; it was the movement that Pedro craved.

Being an artist, Pedro could do his work anywhere, and he was successful enough to do it only when he wanted to. In 33 years, Pedro had traveled extensively, meeting people all over the world. He never had a permanent home, although he had certain places around the world where he would stop for extended stays. Some of these places were the homes of dear friends. Pedro had many friends — even though he was a loner. The friends never knew if they would ever see him again.

Pedro had very few possessions. He could pack everything he owned in half an hour. The major bulk of his possessions were his artist’s supplies. He never kept any of his paintings. Many of them paid his rent and earned him some cash. Others he gave away. Once he was done with a painting, it was no longer a part of his life. His art imitated his life in its need to constantly move on.

Looking out over the ocean, Pedro wondered why now he would be lonely. He was never lonely. He was never sad when he left people. He never cried upon leaving a woman he had loved. This did not mean that he did not love them. His love was unconditional, though, and any attempt to hold on to love was an attempt to place conditions upon it. Like his life and his art, love to Pedro was something that was flowing and he followed that flow, but never attempted to stop it. Whenever Pedro was alone, he was never lonely and without love, for he had great self-love and the world was always right there before him, ready to be engaged.

Boredom was unknown to Pedro. How can one be bored in such an incredible world? So many times, Pedro would feel himself being drawn into the world. He would grab his supplies and commence walking. It never mattered where. He just walked. And walked. In a slow steady stride, Pedro would walk through cities or forests or beaches or country towns. His eyes were scanning everything in his field of vision. Pedro had a great appreciation for the visual. He loved and enjoyed everything he saw, but kept walking and walking until suddenly he would spot something that pulled at his heart. He would then stop and paint whatever it was. This is how Pedro expressed his joy.

He especially enjoyed painting people. He could walk through crowds for hours before spotting just the right face that called to him. To him, upon seeing such a face, it was an instant knowing that he would paint that face. He found that each of these faces he would find would belong to someone that he felt close to almost immediately. As he walked through crowds, it was almost like looking for a certain group of people. It was not just the face, but the energetic attraction. Pedro joked once to a lover, that all he was doing was wandering around the planet looking for this certain group of people, who, for some reason, he was compelled to paint.

With the sound of the ocean soothing his thoughts, Pedro wondered why he felt lonely. He always considered himself a tribe of ONE. He was proud of his independence. He did not need anyone (and no one needed him). His life was a canvas that was very full and colorful. But he needed someone to give the painting to.

Standing on that balcony overlooking the ocean, Pedro heard his phone ring. Suddenly excited, he went inside the motel room to answer the phone.


Copyright by White Feather. All Rights Reserved.
Excerpted from the book, Alimaka Stories