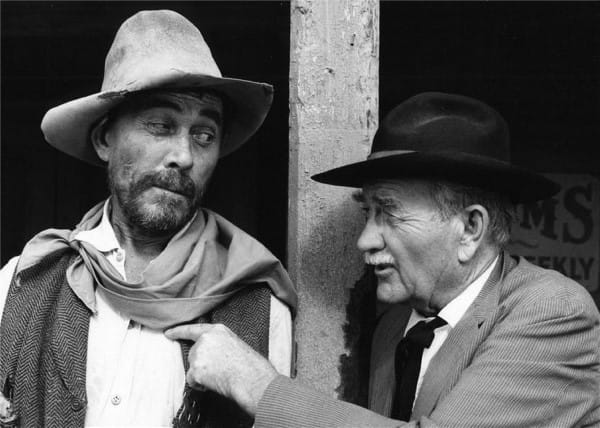 My mother was an atheist. She never publicly admitted it, but, for some reason, she admitted it to me several times. Despite her atheism, she insisted that all of us children go to church. She came from a Roman Catholic family, my father came from a Roman Catholic family, and they were married in a Roman Catholic Church. As befitting her, she ignored her own deep instincts and feelings, and did what she thought was the “proper” thing to do. She raised us as Roman Catholics, but at the same time she never once set foot inside the church herself. Each Sunday, she would make sure that we were dressed in our finest, give each of us three pennies to put in the collection plate then send us on our way. Although my father drove us to church, he only attended on the most sacred of holidays. Many years later it dawned on me that those two hours each Sunday — one hour of Sunday School and one hour of church services — were the only two hours of the week my parents spent alone together without kids around.

It was becoming a pattern that I do whatever my older brother did. He joined the cub scouts, and so did I. He played little league baseball and so did I. He joined the school band and so did I. He became an altar boy, and the following year so did I. The difference between us was apparent, though, in our motivation. He became an altar boy because it was expected, because it was the next logical step in his indoctrination into Catholicism. I became an altar boy because I wanted to find God. I was always the more spiritual of the two of us. My brother always did the right things, and did them in the correct way, and always proceeded smoothly up all the ladders placed in front of his path in life. I was intensely interested in this God person everyone at the church was talking about. Yes, I believed in this God, and yes, I believed in miracles and all the things I was being taught at Sunday school. But I wanted to experience this God personally, and the more I heard about this God, the more I wanted the experience. God made a lot of sense to me. He seemed to be an extension of the all-encompassing knowledge that I so arrogantly claimed I possessed. God seemed like someone I used to know and I was trying to remember what he looked like. I was trying to recreate his image in my mind. Yes, I knew this God, and his son, too…. but I just could not remember. It seemed so long ago, but how could that be? I was just a young boy.

I desperately wanted to regain my memory and I desperately wanted to see some miracles happen, too. Everyone at the church kept talking about all these miracles but I did not see any happening. I knew they were possible, in fact I knew that I could perform them, but no matter how hard I tried, I just could not, and no one else could, either. Why not? If only I could re-establish my connection with God I could perform miracles again and show all those people how easy it was. I knew that all one had to do is believe. While the priest babbled on in Latin, I knelt in my altar boy smock with hands pressed firmly together, staring up at the crucifix.

It was in our third year at the army base that the news came. My brother was in fourth grade, I was in second, and my sister would be going to kindergarten the following year. We would all be in school soon and our mother would soon have her days free. Then she came home from the doctor one day with the news: She was pregnant. The very next week we got the other news.

The United States Army had selected our father to pull one year of duty in Korea. The family would stay in New Mexico. My mother would not only be faced with taking care of the family all by herself, but she would have to go through a pregnancy by herself as well as the birth of our new baby sister.

I know that my mother took these two bits of news pretty hard. Just when life was supposed to be getting a little easier fate handed her a punishing sentence. The migraine headaches that she occasionally experienced began coming more frequently. But she was quite experienced at suffering and could do it while still remaining strong as an ox. Of course, she did not like suffering alone. She shared her suffering liberally with us children. It seemed that suffering was an essential part of life; something we had to learn about, so she dutifully taught us. “You can’t appreciate the good things in life without suffering first,” she said so many times.

The sudden shift of events did not affect me much. My life went on as normal. After all, I was just too busy growing up and having fun. To me, the suffering was just a painful distraction.

* * *
One Sunday the priest gave a little talk in Sunday school about will. The priest was young and very popular among the children, especially the boys. I remember his breath always smelled of beer and spaghetti, and he always seemed to need a shave. He drove a motorcycle and I suspect that this may have been partly responsible for his success in recruiting altar boys. He was a jolly man and I always listened intently when he spoke. This Sunday he talked about ways to strengthen one’s will. Prayer and belief in God were essential, of course, but there was also personal sacrifice. He talked about how priests and monks and nuns used personal sacrifice to get closer to God. They gave up material possessions, family life, and of course sex. He said that they fasted and some of them even caused themselves physical pain to strengthen their will. He said that there was no better way to strengthen one’s will than through suffering, and one needed a strong will to resist the temptation of evil and remain close to God.

That evening I sat down with my family to watch television. As with millions of Americans, this, to us, was a “family activity”. My brother and sister and I, along with our mother who was showing her pregnancy already, all sat down at the dining room table, which is where we watched TV. My mother emptied a bag of potato chips into a large bowl and placed it in the middle of the table. Remembering what the priest had talked about, I decided to give personal sacrifice a try. While the family ate the chips, I just stared at them, imagining how good they would taste, but not putting a single one in my mouth. The temptation to eat one mounted and mounted, but I resisted with all my might. I did not eat a single chip.

My mother turned to me and asked if I was feeling sick. No, I replied, I was just strengthening my will. She gave me a quizzical look then returned her gaze to Gunsmoke or Bonanza or I Dream of Jeannie or whatever it was that we were watching. Soon the bowl was empty and the suffering was over. I did indeed feel stronger, and somewhat proud of myself, in a strange sort of way, but I did not feel any closer to God. Oddly, I felt closer to my mother.