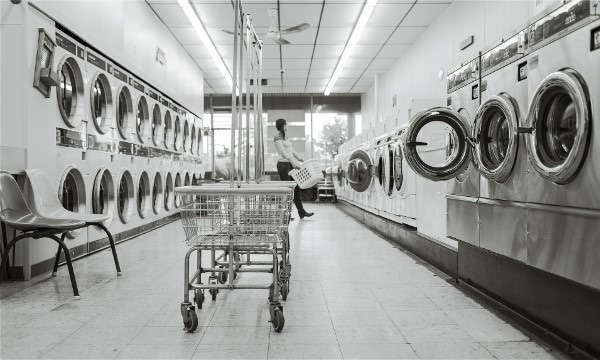 When my daughter was a senior in high school we moved out of the house we had been living in for nine years. First, though, we had a big yard sale to get rid of an enormous amount of junk and thereby make the job of moving a bit easier. Before the yard sale our daughter filled many plastic garbage bags of her stuff that she wanted to get rid of and chief among those possessions were the many stuffed animals that she had accumulated in her almost eighteen years. They had all been crammed into a corner of her closet ever since she suddenly became ‘too old’ for stuffed animals. There was one particular stuffed teddy bear, though, that I would not let her get rid of.

I would not let her get rid of Rice Pudding. Rice Pudding is a white teddy bear who is about a foot tall. He is male and has shiny black eyes and tan corduroy pads on his feet and hands and he has a tan corduroy nose — or at least he did; it has mostly worn off from the many years of being her favorite bear.
Rice Pudding was the very first present my daughter ever received in her life; in fact she received it a couple weeks before she was born. It was the mid 1980's and we were living in Santa Fe where she was born. I worked at a bookstore at the time and I was called away from work one day in what turned out to be one of a few false labors that my wife experienced. When I went back to work the next day all the bookstore employees had chipped in together to buy Rice Pudding for the new baby. I accepted the teddy bear but had to tell the people that the baby did not come yet after all.

So Rice Pudding sat in the crib that we set up in our bedroom, patiently waiting for his mistress to show up. Before the baby appeared two more stuffed animals joined the entourage but Rice Pudding was the very first. I named him Rice Pudding because that is what he looked like. His little tufts of white fur seemed to float in milk and it looked like rice pudding — or at least it did back then. (I have this nagging propensity to name things after food so do not ever ask me to name something while I’m standing in the kitchen. I named our cat, Taco.)

Rice Pudding was a very loving and loyal little teddy bear. He went everywhere my daughter went and he kept an eye on her when she slept. He was her favorite stuffed animal and, like I said, she ended up having a lot of them. Rice Pudding, though, was special. He was her first stuffed animal.

As soon as our daughter was weaned from her mother’s breasts my wife and I switched roles. She went back to work and I quit my job to become a full-time stay-at-home mother. (To celebrate my departure from the corporate world, I built a little bonfire and slowly fed every tie that I owned into the fire. I have never worn a tie since…. well, except to my daughter’s wedding around twenty years later.)

Being a mother was the greatest experience of my life. Nothing I have ever done has come close to the intensity of that experience.

When our daughter was about three years old we moved to Oregon. While most all of our possessions were packed into boxes in the truck, Rice Pudding stayed out and journeyed across the American West in the lap of our daughter as she sat next to me in the cab of the truck. While my daughter remembers nothing of that trip I have a feeling Rice Pudding remembers a lot. Or maybe that is just me…..

In Oregon I continued to be a mother while my daughter continued to grow up. In my life she has been my greatest teacher but Rice Pudding was a good teacher, too.

I had never been one to play with dolls but back then I spent many an afternoon on the floor playing with my girl and her retinue of brightly colored animals and dolls. We did a lot of playing together — of course, she claims to not remember any of it. Well, I sure remember!

So I finished the laundry, loaded it into the car and then got my daughter and strapped her into her car seat. We headed home and as I was bringing an armload of laundry into the house after bringing my daughter in first I was stopped in my tracks by an awful shrieking scream. My daughter was screaming at the top of her lungs as though she had just been seriously hurt. I dropped the laundry and ran to her in the next room.

There was a look of absolute horror on my daughter’s face. She screamed again at the top of her little lungs. It was an eardrum-shattering scream.

Then she slapped her hands to her cheeks and screamed at the top of her little lungs, “Rice Pudding!”

That is when I realized that she had left Rice Pudding at the laundromat. She was beside herself in panic!

So I grabbed her up and bolted out the door. I strapped her back into the car seat as fast as I could as she screamed at the top of her lungs. I got into the driver’s seat and peeled out, heading to the laundromat as though we were headed for the emergency room at the hospital.

And when we got there Rice Pudding was still there sitting in the laundry basket! Boy was I ever relieved! My daughter ran over and snatched him out of the basket and gave him a hug that was one of the most precious things I have ever witnessed in my life.

After Oregon we moved to Washington and after Washington we moved to Colorado. It was in Colorado when that fateful day finally came. It was the day I drove my daughter to her first day of school. It was the saddest day of my life. For close to five years I had devoted every hour of every day to my daughter and now she was walking into a school building, leaving me on the sidewalk outside contemplating the profound shift my life was suddenly taking.

So fast-forward twelve years and my daughter is suddenly graduating from high school and we are about to move and we are having a yard sale. I enter the inner sanctum of my daughter’s bedroom as she is filling plastic garbage bags with stuff that she wants to get rid of. The room is an utter mess as it always had been ever since I gave up hope of enticing her to be a neat person. There are numerous full garbage bags stacked against one wall. Sticking out of the top of one of the garbage bags, I see….
Rice Pudding!

I promptly walk over to the bag and pull Rice Pudding out of the bag.

“Dad, I’m getting rid of EVERYTHING!”

“Well, you’re not getting rid of Rice Pudding. He’s mine now.”

She rolled her eyes, “Whatever.”

We got rid of a lot of stuff the day of the yard sale but our daughter’s stuffed animals did not move very well. Near the end of the yard sale she finally got the idea of just giving them away but it was too late. She still had too many left. That is when I suggested that we take the remaining stuffed animals to a local religious charity that provides toys, food, and clothing to the poor. I pointed out that she could be helping to make some little kids happy but she did not seem very interested in that. The main thing she liked was that she could get rid of it all. That was a little sad but to tell you the truth after that long day of running a yard sale I was rather anxious to get rid of some of the leftovers, too. We brought a whole car load of stuff to the charity including the two big bags of stuffed animals. Unfortunately, we felt more relieved that charitable. My daughter sure did not have any qualms about giving away all her stuffed animals. She had no emotional attachment to any of them whatsoever since she did not even remember when she played with them.

It is a good thing I saved Rice Pudding!

My daughter moved out less than a year after that yard sale. She was so very eager to start her life as an adult.

Now, Rice Pudding sits on a shelf on the bookcase next to my desk where he watches me spend endless hours at the computer. My daughter may not remember those glorious years but Rice Pudding and I do. Or, at least, I do. But he helps me remember.