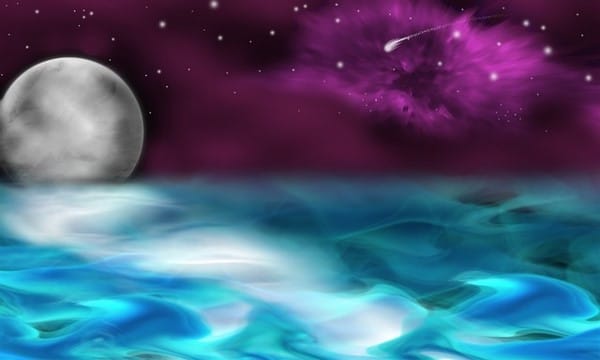 A lot of spooky spooks are in agreement with the quantum physicists; that we have parts of our selves in numerous parallel universes. Most spooky spooks ( a term of endearment I use in reference to channeled entities) claim that each of us has hundreds and even thousands of other selves existing either in what we term the past and future here on what we see as planet Earth or in parallel realities either on other planets or in parallel realities on this planet. The reason we do not see those other realities existing simultaneously with ours is because each different reality vibrates at a different frequency and we can only see that which is vibrating within the spectrum of our own specific reality. Occasionally, our personal frequency will fluctuate enough that we enter a different band of frequency and this is when we get glimpses of these other worlds. But we are so centered within our own frequency band that we get quickly pulled back into it.

Well let me tell you, I have personally been trying to dislodge myself from the mass belief in linear time for over twenty-five years and, while I have made a bit of progress, I have yet to succeed. SAbe was right. It ain't easy. It practically requires a complete rewiring of the noggin. What makes that difficult is that we are all so tied into mass human consciousness and the narrow frequency band it operates in. That is because of the one-ness principle. Yes, we are all one and if you have got 6 and a half billion humans totally believing in linear time it is incredibly difficult for one human to push their vibration and awareness outside of that. We really are all tied together in many ways. Buddha was able to do it. Jesus was able to do it and so was Lao Tzu and maybe one or two hundred people throughout "history." But that is it. It will take at least 144,000 people to do it at the same time for there to be critical mass which will create a "crack" in the mass belief in linear time. This "crack" will allow a dissolving of the linear time mass belief. The void created by this will usher in an awareness of simultaneous time. As this awareness grows the veils separating us from parallel universes will dissolve and we will be free to move out of our narrow frequency spectrum into a broader awareness of the divine consciousness that we are and then we will be able to visit and play in various parallel universes more easily.