The Bookstore and the Feather Duster 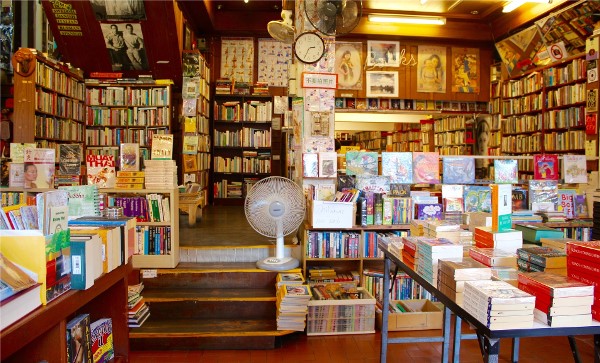 Eddie was in his second year of college and had recently gotten a part-time job at a bookstore that was just a few blocks from his dormitory room. He loved his new job so much more than the job he had in his freshman year as a dishwasher in a local restaurant. Since he was studying modern literature in school it only made sense to have a job being surrounded by books rather than one washing dishes.

Eddie also liked working for his boss, Mr. Henckle, who was well-read and had an extensive knowledge of both books and the bookselling world. Instead of simply having a job in order to earn money for living expenses and further school expenses, this new bookstore job was also additional education. And, of course, there was the extra added employee bonus of being able to read books without having to buy them (provided he left them in pristine condition).

One of the things Mr. Henckle stressed when Eddie first started working at the bookstore was the importance of employees knowing the stock. This was years before the advent of computers. One could not just punch the title into a computer to see if there was a copy in stock in the bookstore. The employee had to know if there was a copy of a book a customer asked for in the store and, if not, they needed to know exactly where to look for it. Mr. Henckle insisted that employees always notice the books as they stocked or moved books or even while dusting. “Always notice and commit to memory every book that you handle,” he said numerous times.

Eddie took this to heart and he never handled a book without looking intensely at it and reading and memorizing the title and author and remembering exactly where he placed that book on the shelf.

Eddie’s least favorite thing about working in the bookstore was the dusting. Mr. Henckle would hand Eddie the feather duster and say, “Time to dust. Dust every book and every shelf and use this as an opportunity to notice each and every book and where it is.”

But Eddie considered feather dusters to be incredibly stupid tools. They did not pick up dust but rather just scattered the dust about. And every time he did his dusting chores he commenced to sneeze and sneeze. His eyes would water and he would repeatedly have to stop and blow his nose. He felt terrible after each dusting.

But he tried to notice each book as he dusted just as Mr. Henckle had requested.

One evening Eddie was stocking some new books on shelves near the back of the store while Mr. Henckle was manning the cash register at the front of the store. Suddenly, a very large woman came up to Eddie, “Excuse me, but I’m looking for a book.”

The woman was wearing a large yellow flowery print dress that covered her large body like a tarp covers a piece of machinery. She had no makeup on and her short hair was unkempt. She had a very large purse hanging from her shoulder that was more like a beach bag than a purse. Her flowery perfume was overwhelming.

“Uh…. “ the woman slapped her open hand on her forehead. “Gosh darn it. Uh…. I just had the title in my head and it suddenly flew out. Uh…. I can’t remember what it was called…. It’s on the tip of my tongue….”

Eddie looked the woman in the eyes and asked, “Is it, The Romance of Atlantis, by Taylor Caldwell?”

The woman’s eyes grew wide and her jaw dropped. The purse/beach bag dropped from her shoulder to her elbow. She stood there speechless for a moment. Finally, she took a deep swallow and asked, “How the hell did you know what book I was looking for?”

“Uh…. er…. uh…. I don’t know. It just popped into my head.” Eddie tried to lighten the mood, “Like you said, it was right there on the tip of your tongue.”

A very stern expression erupted on the woman’s face. She stared at Eddie as though trying to pierce into his soul. “Are you psychic or something?”

The woman’s deep stare at Eddie slowly softened then she re-positioned her purse/beach bag back up on her shoulder, “So? Do you have the damn book or not?”

The woman’s eyes widened again, “Oh really? And you’re positive about that?”

“Sure, I’ll show you.” Eddie walked over a couple of aisles to the fiction wall as the large woman followed him. He came to a certain shelf which he pointed to, “See, here are all the books we have by Taylor Caldwell and as you can see the book you asked for is not among them.”

The woman bent down slightly and examined all the spines of the books by Taylor Caldwell. Straightening up, she gave Eddie another intense look, “Well, I see that you don’t have that particular book. Are you familiar with that book?”

“So how the hell did you know that you don’t have it?”

“Because it’s not one of the ones we do have.”

“So how the hell did you know the title?”

The woman scrutinized Eddie for another long silent moment and then, with a huff, she turned and proceeded to walk out of the store. Eddie watched her leave. Before she left the store, though, she stopped at the cash register and began talking with Mr. Henckle. Being as far back in the store as he was, Eddie could not make out what she was saying.

The woman then turned and pointed her finger at Eddie. Mr. Henckle turned to look at Eddie and then back at the woman. He shrugged his shoulders at her.

After the woman left Mr. Henckle walked back to where Eddie was, “Eddie, this is the third time in the last week that you’ve screwed up. First you short-changed Mr. Eilenberger then you messed up Mrs. Danson’s order and now you’ve upset that woman — whatever her name is,” he looked back at the front of the store but the woman was gone.

“What on earth did you say to her?”

“I don’t know. I was just trying to help her find a book which we don’t have.”

“Listen Eddie; you screw up one more time and I’m going to have to let you go. You’re a good employee overall but you’re losing customers for me. I won’t have it. Do you understand me?”

The very next evening Eddie was dusting the book shelves near the back of the store (and sneezing) while Mr. Henckle manned the cash register. After finishing dusting one book shelf unit he went around it to dust the next book shelf.

And there stood the same large woman from the night before. She was still wearing the same flowery yellow print dress and her hair was still unkempt but this time her perfume, thankfully, was not as intense. Her face was covered with sweat.

Eddie was suddenly nervous, “Can I help you?”

The woman wiped her face with her hand, “Listen, I’m really confused. I don’t know what the hell is going on…. I…. uh…. went to a psychic this afternoon. You see, I’ve been going through all this psychic stuff lately. This entity has been contacting me and trying to speak through me and stuff…. It’s really scary and stuff…. I just don’t know what to do.” The woman looked exasperated.

Growing ever more nervous, Eddie did not know what to say.

The woman continued, “I don’t know anything about all this psychic hocus-pocus stuff. But this entity won’t leave me alone. He insists that he has vital information that he needs to share with the world through me. Me! Why me?”

“So that’s why I went to this psychic. And he’s a very popular psychic who has helped a lot of people. Several people have told me that I can trust him,” she coughed, “and you know what he said?”

Eddie had no idea what to say. He stepped back from the woman ever so slightly as his nervousness intensified.

“He said that all the answers to my questions could be answered by someone I met in a bookstore last night!” She stopped for emphasis then pointed her finger directly at Eddie’s face, “And that’s you!”

Eddie stepped back a little further from the woman, “I…. uh…. er…. I don’t know anything about that kind of stuff. I have no idea how I can help you.”

“But you’re obviously psychic or something because you knew what book I was looking for even though you had never heard of the book before. What aren’t you telling me?”

The woman’s stare was intense but it slowly subsided and as it did she seemed to deflate. Her shoulders hunched as she then looked down at the floor. She slapped her forehead with the opened palm of her hand and just stood there for a couple of minutes staring at the floor.

Eddie was downright scared. He had no idea what was going on.

Finally, the woman took a deep breath and looked up at Eddie’s face. She then turned and walked away. Eddie watched her walk out of the store. Like the previous night, she stopped before exiting and said a few words to Mr. Henckle as she pointed back towards Eddie. And then she was gone.

Eddie’s nervousness increased dramatically as Mr. Henckle walked back to where Eddie was. Reaching Eddie, Mr. Henckle said nothing as he held out his left hand towards Eddie.

Reluctantly, Eddie handed over the feather duster to Mr. Henckle.

And then Mr. Henckle spoke, “Go clock out. You’re done. You can pick up your final paycheck next week.” With feather duster in hand, Mr. Henckle turned and walked back to the cash register at the front of the store.

With a very heavy heart, Eddie clocked out and left the store. It had been the best job he had ever had. He loved being in the company of books. He had tried so hard to learn every book in the store and where it was located. He had tried his hardest to please every customer and help them as best he could. He could not imagine ever finding another job that he loved as much.

After exiting the bookstore Eddie walked several feet but then stopped and turned around. He stared at the storefront. He thought that he had finally found a job that he truly enjoyed which he could hold for the remainder of his schooling. And now he had lost it. He was overcome with sadness. Tears welled up in his eyes.

After a couple of minutes, however, a surprising joy seemed to come up from somewhere within his being. He suddenly had something to be happy about. A tiny, almost imperceptible smile arose on his face as he realized that now he no longer had to ever deal with that darn feather duster again.