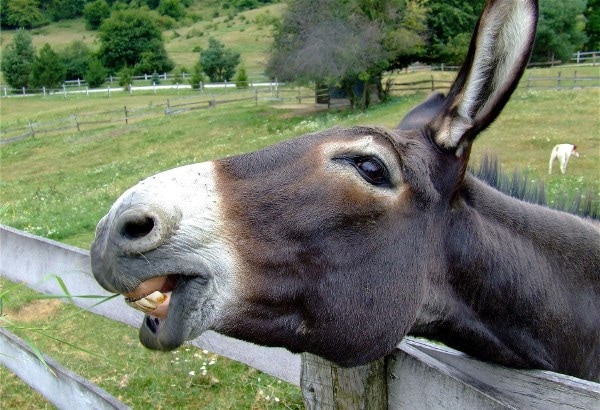 Many, many years ago I found a delightful gem at a yard sale. I do not particularly care for yard sales. To me, it is not fun going through other people’s junk. (It is even less fun to have a yard sale.) But at a certain time in my life I made it a point to stop at yard sales when I spotted them. And the reason for this is books.

You see, for most of my life I have ‘suffered’ from a book disease. I do not know if this disease has a name but it is a particularly virulent disease for which I have found no cure. Since early childhood I have had an uncontrollable craving for books. They turn me on in every way imaginable. I spent countless hours at the library and, to me, a book was the very best Christmas present ever.

As an adult I have had many jobs in many different fields but I kept going in and out of the book industry. I have worked in and managed several different bookstores, in fact for nine years I owned and ran my very own bookstore. I have also worked in the mail order book business, book editing, book publishing and I have also written and published around a dozen books. No matter how many times I have quit book-related jobs my disease never lets me get very far away from books.

Back when I had my own bookstore I started out selling only new books but I branched out into used books. I was a book snob so it was with reluctance that I did so but once I did, it became a fully fledged part of my disease. It was at this time that I began visiting yard sales. Of course, when I stopped at a yard sale I put everything out of my mind except books. Books were the only thing I was interested in.

So one day after dropping my daughter off at softball practice I spotted a yard sale and parked the station wagon. My book radar immediately spotted a table piled high in books. A sign read: ‘All Books 25 Cents.’

So many books at yard sales look like they have been read a hundred times then run over by a tractor then used to wipe the kitchen counter. It is truly disgusting how some people treat books. Not me; not with my book disease. I treat books with the respect given a holy, divine object, which, to me, they are. After I am finished reading a book it still looks brand new. I never crack the spine or dog-ear the pages and I sure as hell never highlight in a book. To me, that is an unforgivable sin akin to drawing a mustache on the Mona Lisa. I handle books with supreme reverence and respect. I actually wash my hands before reading a book to make sure I do not get the book dirty. (Are you starting to understand my disease yet?)

So there I was browsing through the table of books at the yard sale when I spot a little tattered blue book with a picture of a donkey on it. Picking it up, I see that the title of the book is, The Donkey Dick. The subtitle was, A Children’s Story.

It was a long time ago and I do not remember all the details but upon opening the book I saw that it was published in the 1850’s. The pages were quite yellowed and the book smelled really old. It had old-style line drawings. I immediately bought it (along with several other books). For a quarter wouldn’t you buy it?

The next day at the bookstore I opened up the bag of books I bought at the yard sale. Picking up the little blue children’s book I immediately read it. I learned that back in the 1850’s, when most Americans lived on farms, that farm chores were distributed among all the members of the family including the children. Back then, farms not only included fields of crops but plenty of farm animals. For their utility (and fertilizer) many farms kept donkeys. The care of these donkeys was traditionally assigned to the young boys of the family aged 10–14. These young boys were called….. donkey dicks!

So that is where the title of the book came from. It had nothing whatsoever to do with donkey genitalia!

The book’s story was about a young eleven-year-old boy (a donkey dick) who tended the donkeys on his family’s farm in the rolling hills of Missouri. One morning after breakfast he goes out to the barn to take the donkeys out to graze in a pasture. It was a daily chore which the boy put little thought into. On this fine summer day, after bringing the donkeys to pasture, he sat down against a tree and soon fell asleep.

Upon awakening the young donkey dick was shocked to see that all the donkeys were gone. Looking towards the gate to the pasture he realized that he had left it open. The boy then spent the rest of the day frantically searching the surrounding countryside for the stray donkeys. It took all day to finally find them all and bring them, one by one, back to the farm. Throughout the search the boy kept thinking about what punishment surely awaited him from his father.

The moral of the story, of course, was to pay attention to what you are doing and to not fall asleep on the job.

It certainly was not great literature. It was not even well edited as I found a couple of misspellings and a few grammatical errors. (Because of my book disease if is difficult for me to read without also mentally editing.)

There was nothing special about the book although there was value in the fact that it was a hundred fifty years old. It could technically be classified an antique. I was astute enough to realize that the true value of the book was in its title. The title may have garnered very little interest back in the 1850’s when it merely referenced a farm boy’s chore but in today’s world it had entirely different connotations.

There is not a lot of profit to be made in used books. One must sell in significant volume to see any significant return. But a book entitled, The Donkey Dick, is a different matter. In addition to its antique status, the book clearly had value in novelty and shock value. So, even though I only paid a quarter for the book, I decided to price the book at 25 dollars to see what might happen. It was, by far, the highest markup I ever put on a book.

I placed the book on a little easel on the counter right by the cash register so that everyone would be sure to see it. And everyone did. Not only did everyone see it but everyone was compelled to pick it up and look it over. That little book sure started a lot of conversations and everyone found it to be quite delightful. For five days that little book was the center of attention.

On the sixth day a man in a suit came into the bookstore and after browsing through the store he spotted the book at the counter. He picked it up and rifled through it very quickly. Placing the book on the counter, he whipped out his credit card. I was delighted to make the sale and the humongous profit but after the man left with the book I was saddened to realize that the delightful conversation-starter was now gone. What were my customers going to get excited about now?

I also realized that I probably could have priced the book at 50 dollars and it would have sold.

One of the lessons for me about that book was about the power of titles in particular and words in general. We call it click-bait nowadays but every writer wants to come up with the most attention-grabbing title that will compel a reader to read the book or article behind the title. While a book or article might be a rewarding gem for the reader, it will never be read if the title does not lure the reader into reading it. Titles are important.

Click-bait has gotten a bad reputation because so many attention-grabbing titles these days lead to vacuous fluff. Readers have grown weary. The Donkey Dick is an example of excellent click-bait (or at least I am hoping so). But it is only click-bait today. It was never click-bait nor was it intended as click-bait in the 1850’s. The writer of that book never had any idea how attention-grabbing the title would one day become.

And this leads me to think about the ephemeral nature of words and how definitions and connotations change with the times. The brains of contemporary readers immediately bring up a different definition of, ‘donkey dick,’ than the brains of readers in the mid 1800's.

But there are other words that change definitions even faster. I grew up during the cold war and consequently the word, ‘bomb,’ is steeped in negative connotations. The word invoked fear and destruction and failure. If a Broadway musical bombed that meant that it was a horrible failure. Today, if a musical is a triumphant success we say, “It’s the bomb.” In just 50 years the meaning of, ‘bomb,’ has come to mean the exact opposite of what it used to mean.

Likewise, when I was growing up if you called someone a dog you were saying that they were ugly. Nowadays, ‘dog’ has become a testosterone-infused term of endearment used by men.
What will it mean in another 50 years?

Recently, I posted a comment in a response to someone’s article on the internet concerning the use of the ‘F’ word in titles, which has become rampant. I find that to be crude, rude, cheap, vulgar, distasteful, click-baity and sorely lacking in creativity and depth of vocabulary. After posting the response, however, I immediately regretted sharing my opinion on the matter.

Why? Because it simply does not matter. Words fall in and out of favor, they change meaning and they are really nothing but signposts pointing at something else. To get upset by words is to reveal our lack of understanding of the temporary and non-hazardous nature of words. Sticks and stones….

I realized that my reaction to that word was based solely on my own conditioned nuances and preferences. Perhaps I should have been upset instead with my reaction to the word instead of the word itself. That is when I remembered the Donkey Dick story. I quickly realized how silly I was being. It is good advice to pay attention to our own work…. and not fall asleep on the job.