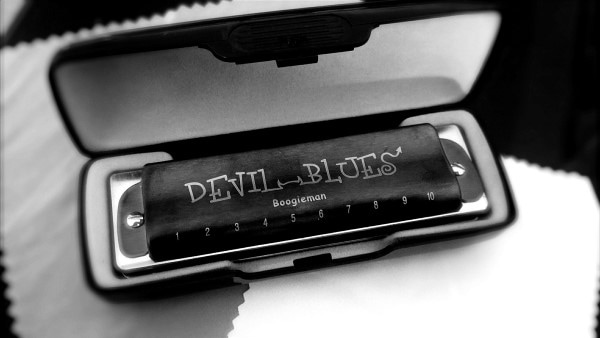 22-year-old Randy worked at the mall. He lived in an apartment just 3 blocks away from the mall. The walk home from work was quite short but often Randy took a circuitous route. He would walk past Andrea’s house which was a full seven blocks out of the way. 22-year-old Randy was in love with 17-year-old Andrea. He walked past her house just to imagine her inside it.

They kept their love affair a secret. After all, Andrea was under-age. They spent all the time together that they could. Yes, they made love but they mostly talked. Never had Randy met anyone he could talk to so endlessly. There seemed to be no subject they could not talk about. They went for endless walks holding hands and talking. They went to neighborhood parks and swung on the swings while giggling. They sat on park benches clutched together looking up at the moon while sharing hopes and dreams. They held each other in bed after making love talking and talking until they suddenly realized how late it was and how imperative it was that she got home.

Luckily, Andrea’s mother was sympathetic to their love affair. She was, after all, the one who got Andrea on the pill. She treated Randy like a son-in-law. She never made a fuss when Andrea came home in the wee hours of the night.

Just before Andrea’s 18th birthday Randy went into the music store at the mall. He surveyed all the harmonicas they had for sale. He did not have the money for the most expensive one but he bought one in the mid-price range. It was a silvery harmonica in a handsome case.

With unbridled excitement, Andrea unwrapped Randy’s present to her on her 18th birthday. When she realized that it was a harmonica she immediately looked at Randy and Randy immediately knew that he had made a horrible mistake. She was smiling but there was terror in her eyes. Her complexion turned to perplexity. As she hugged and kissed and thanked Randy the vibrations of her disappointment radiated like an atomic bomb.

She never once brought that harmonica up to her voluptuous lips.

Sixteen years later Randall and Andrea were sitting on the couch of their living room as their daughter opened presents on her 5th birthday.

Randall and Andrea had been married for almost seven years. It was in the early years of their marriage that the harmonica magically transported from Andrea’s private dresser drawer to Randy’s drawer. He saw it there one day and never said anything. He knew it was her way of saying, “Thanks, but no thanks.” He figured it stayed in her collection of private things for a decade and a half and it never was taken out of its case and it was never played.

A week before their daughter’s birthday Randall asked Andrea if she minded if he gave the harmonica to their daughter for her birthday. “Yeah, that’s a great idea!” she said. The expression on her face was one of true joy. It was very different than her expression sixteen years before.

After ripping off the wrapping paper, Randall’s daughter screamed with excitement at her gift of a harmonica. She hugged and kissed her daddy and she played that harmonica incessantly for about a week. Since she had no idea how to play a harmonica it was essentially a bunch of noise but it was music to her daddy’s ears.

After that first week she never touched it again.

Randall’s daughter packed her things but left a small pile of things that she indicated that she no longer wanted. In that pile of belongings was the harmonica.

Several months later Randall had a big yard sale. He was getting rid of all the stuff his wife and daughter left behind as well as plenty of his own stuff. He was unloading. He was wiping the slate clean.

The harmonica went on sale for just two bucks, which was far, far less than what Randy paid for it a few decades ago. At the yard sale a young girl, no more than 5 or 6 years old, saw the harmonica and began screaming with glee. She begged her mother to buy it for her, which she did. The girl immediately took the harmonica out of its case and began blowing through it with abandon, making as much noise as she could.

Randall wondered how long the girl would continue to play it. Would she become an expert harmonica player? Would she put it down after a week like his daughter had? What would become of the harmonica? And how would the little girl’s life be influenced by the harmonica?

About seventeen years later Randall, now in his Sixties and living alone, decided to go for an evening walk. It was October and it was a bit chilly. He put on a jacket for the first time since spring.

Randall loved taking walks. He went on one almost every day. Living alone in his older days, walks were one of his greatest pleasures. Tonight was a full moon and his walk seemed to be even more energized than normal.

The air was nippy but it felt good. There was little traffic this late in the evening. The town was quiet. The fall foliage of the trees was illuminated by the full moon. Even though it was quiet there seemed to be a beautiful melody playing somewhere in the background. Randall walked filled with joy and happiness.

He moved closer to the window. The first thing he noticed was that harmonicas were a lot more expensive than they were back when he first bought one for his young lover.

But thoughts of price quickly evaporated. He stared intently on the harmonicas displayed. He looked deeper and deeper at them. Soon, his eyes welled up. Eventually, a tear erupted and fell down his cheek. He was filled with sorrow but he was also filled with love.

From deep within him a joy erupted and filled him. It slowly overwhelmed the sadness he felt. It slowly brought a smile to his face.

Wiping the tear from his face, Randall looked up at the full moon. He took a deep breath then continued his walk down the street.