The Zucchini Girls and the Goat Wrangler 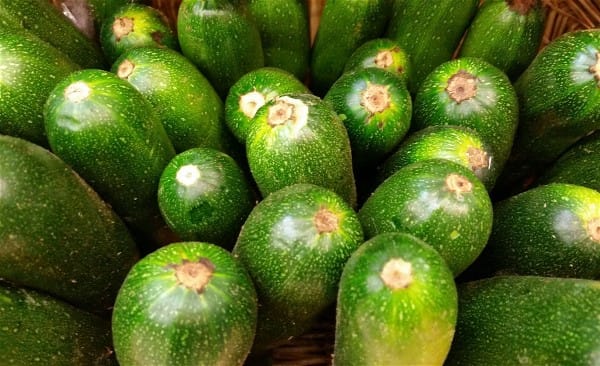 I love farmers’ markets. They are in a different dimension of shopping. I noticed recently at the grocery store that most people don’t look at each other. They are all in their own worlds. Everything is dehumanized. You’re not buying food but rather ‘product.’ You don’t talk to anyone about what you’re buying and you may only say two or three words to the checkout clerk. Gathering the food that we eat has become an impersonal and perfunctory task that generates no enthusiasm and resonates at a low vibration. The dull lighting and canned air of the grocery store doesn’t help.

I was pretty well stocked up on produce at home but I went to the farmer’s market anyway. The only thing I needed was zucchini. Making the round of stalls, I saw that there were five people selling zucchini. Normally, my main concern with produce is whether it is organic or not. Other concerns include local origin, GMO’s, and corporate affiliation. But at a farmer’s market other concerns come into play.

The zucchini all five stalls were selling looked rather identical. Same size, same color; I’m sure there was little or no difference in quality. So it was not a matter of finding the best zucchini to buy but rather finding the best people to buy it from. That is something that doesn’t happen in the grocery store.

Three of the five zucchini mongers were big time sellers with large trucks carrying baskets and baskets of produce. The fourth vendor was sitting in a chair next to his table of produce. His face was contorted into a seemingly permanent look of anger. He was just sitting there. What was he mad about?

The final stall selling zucchini was manned by an older woman and two girls. And a dog. One of the girls was about 8 years old and the other about 12. As I approached they looked me in the eye and, with huge smiles on their faces, they greeted me and fell into a very cheerful sales pitch. I looked over at the older woman sitting in a lawn chair next to the table. The little yappie dog was sitting in her lap. She said nothing and just smiled. I could tell that she was not running the stall. She was just an observer. It was the two girls who were running the show.

I then got the idea in my head that the sitting woman was the grandmother of the two girls and I imagined that it was the grandmother who helped the girls plant their own garden. She surely helped them produce their little crop which she probably told them they could make some money on in addition to putting food on the table. She probably taught the girls how to be good cheerful sales people and run their own little business. I could see that she was proud of them.

Of course, I do not know if my little imagined scenario was true or not but it was certainly a nice thing to imagine. I never imagine such things at the grocery store. Anyway, I let the girls talk me into buying some zucchini. I cheerfully paid them and gave them a tip. Hey, girls need money.

I left the stall feeling very good about my shopping experience. I figure those zucchini I bought were filled with nothing but good vibrations. This is how shopping should always be like.

I thought I was done shopping but as I was leaving the market area (a roped off area in the Sears parking lot) I noticed a fellow sitting in a chair next to a table that had on it nothing but a big black pot. Noticing me look his way, the man stood up from his chair and waved me over to his stall. When I got there he asked me, “Would you like to try some goat meat?”

The young man looked to be about six and a half feet tall. He was big. Opening the big black pot, he took a toothpick and stabbed a piece of goat meat and offered it to me.

It was delicious! Of course, the truth is that I have never been offered goat meat at any time of day. I’ve never eaten it before. It was quite tasty.

I figured the young fella to be in his early twenties but once he told me his story I realized that he was younger than that. He said that for his high school 4H project he raised goats. Now that he had just graduated from high school he decided to have the goats butchered and he was selling the meat to raise money for college partying.

I laughed. I couldn’t believe this man was standing directly in front of me telling me this. This is something you will never, ever in a million trillion years experience at a grocery store! How delightful it was to try something I’ve never eaten before and to hear a mind-slapping story as a bonus. I keep telling the universe to keep surprising me with wild and crazy things. I try to always say thank you to the universe when those things appear.

After buying some goat meat I also thanked the tall young goat wrangler. I tipped him as well. Hey, college boys need money, too.