What If Sheldon Cooper Was Psychic? 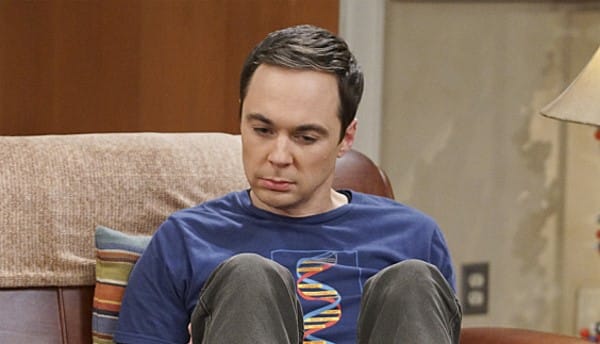 I have gone without television numerous times throughout my life but this current eleven-year stretch is the second longest I’ve ever gone without that drug that is more addictive than cocaine or tobacco. I have saved countless thousands of dollars by not subscribing to cable or satellite or any other television provider.

I do have one of those old-fashioned cathode-ray television sets (given to me by someone who felt sorry for me for not having a TV) but I have never hooked it up to any television source. It is, however, hooked up to a dvd player. The TV and dvd player are very good at gathering dust but a few years ago I realized they have another use.

A few years ago I discovered that one can go to one’s nearest library or movie rental store and either borrow or rent an entire series of a TV show and watch it from start to finish without seeing a single commercial. I was like Christopher Columbus pretending and claiming to have discovered a whole new world.

I realized that I could watch TV without being “hooked up” to TV. It’s like enjoying a drug without becoming addicted. It’s like saying I went eleven years without TV while still watching just a little tiny bit.
Having made this discovery, I picked four TV shows to watch, and by “watching” I mean in consecutive order from the first show to the most recent, which, in my opinion, is the only way to watch a TV series. (And did I mention without commercials?) Two of these TV shows either pissed me off or disgusted me (a technical difference) so I quit watching them early on. The other two TV shows I have faithfully watched, in order, from the beginning to the current week. (Thank you, Hulu, for allowing me to go beyond the latest available dvds, even with the disgusting commercials.)

The first of these two TV shows is Modern Family, which I have truly loved and become hopelessly addicted to. But this article is not about that show, no matter how it warms my heart. It is about the second TV show that I have become addicted to. If you have not guessed it by now it is Big Bang Theory.

I am not a scientist, I am not a geek, I am not a nerd, I am not a dork, I utterly loathe comic books and video games, and I am neither mentally, emotionally, or socially dysfunctional (or so I tell myself). Yet this show, which is about all those things, has somehow captured my heart. I’m still scratching my head about that.

Having finally finished a very abbreviated back-story, I now finally come to the subject of this expatiation. Having watched a recent episode of Big Bang Theory tonight (It wasn’t the most recent. I’m playing catch-up) I suddenly had an idea come crashing through my noggin. It was totally uninvited. It just showed up, much like a pizza delivery, for which an order was never placed, or one’s worst nightmare showing up at the same door. It really wasn’t an idea so much as a question.

“What if Sheldon Cooper was a psychic?”

What if, instead of being a preeminent scientist, geek, nerd, dork, genius with a super-hero memory ensconced in the male left hemisphere of his brain, he was a very gifted and accurate psychic?
What if he could not pull an equation out of his backside if his life depended on it? What if he knew nothing of physics or the periodic table or the Hadron collider or string theory or black holes or elementary science? What if, instead of being a scientific genius, he was an extremely gifted psychic who could read people’s minds, see their aura, see and cure their physical maladies, and pull solutions to humankind’s problems out of thin air?

How different would the TV show be?

Instead of Sheldon reacting to his close friends with emotionless clinical left-brained analyzing, he responded with a vibratory empathy derived from psychically seeing and feeling their pain and issues, how would that change the character interaction dynamics?

How differently does society react to science than to psychic ability? And would this difference doom the show should Sheldon be a gifted psychic instead of a gifted scientist?

How much would the dynamics of a close, small group of people differ if it revolved around a person who was a gifted psychic rather than a gifted scientist?

How much does comedy rely on what is accepted by society? And how much does comedy push the envelope of what is accepted by society? Is society more tolerant of being asked to accept science than they are of being asked to accept non-scientific psychic ability? Would Big Bang Theory merely be a forgotten footnote in television history if the producers had made Sheldon a gifted psychic instead of a gifted scientist? Can you even imagine a Big Bang Theory with the premise of Sheldon being a gifted psychic? Would you “religiously” watch it through nine seasons?

Well, these are some of the crazy questions that came, out of the blue, rushing through my noggin after watching an episode of the sitcom tonight. I can’t think about it anymore. It’s mind-boggling — at least to me it is. So I’m throwing it out there for everyone else to ponder. I’m really hoping someone posts a response. I’d love to hear what someone else thinks. Am I completely nuts thinking of such things? What’s your opinion?