What Is So Great About Flow? 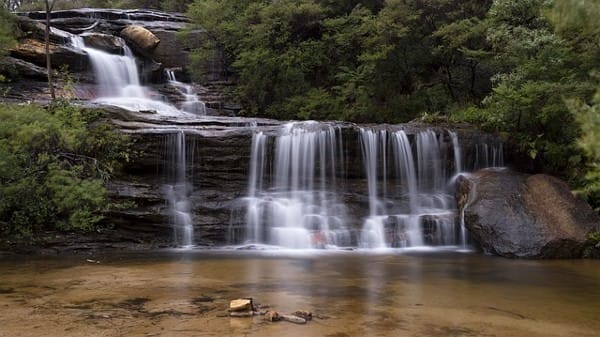 Question: “So many spiritual teachers talk about getting in the flow. What is so great about flow?

Well, we all have a Source. Philip called it our entity. Jane Roberts called it our higher self. It can be called our God or Creator. Stephen Davis called it our "Infinite I." Call it what you will. It is what we came from, what created us, what we are part of. Whatever. Imagine yourself as this Creator/God/Source/Infinite I/Whatever. You helped create this incredible holographic reality and you want to play in it but being an infinite being you cannot put all of yourself into it because then you would not be infinite anymore. Because this incredible holographic reality is not real. It is an illusion you created. By entering it fully yourself you lose your divine infinite self. Since you really want to experience this reality that you created you decide to send a portion of your consciousness into it for that experience and you keep another portion of yourself just outside of the incredible holographic reality so that you can continue to orchestrate things and feed the reality and the portion of your consciousness that you put into it with the energy and consciousness needed to maintain the reality.

It can be related to playing a video game so let us use that metaphor. There is you playing the game but inside the game you have to create a personality to go through the game. That personality is called a human. It can also be called an avatar.

Of course you created the game that you are playing. It is a game created by projecting consciousness through the infinite field of possibilities, which can be seen as a holographic template. After going through "The Field" the consciousness manifests as a reality in which the game is played out. The human, which is the player you created to play the game, exists because of the consciousness that you stream through "The Field" into this reality. This flow of consciousness is what keeps the player/human going/moving/living in this reality. As soon as you stop this flow, the human disintegrates and dies. So in order to keep playing the game and experiencing your creation you have got to keep this flow going uninterrupted.

No problem. That is easy. After all, you are a God.

So this is the flow that we are all being fed. It is a constant uninterrupted flow of energy and consciousness that animates us and gives us life. Without it, we do not exist.

We are, in essence, the consciousness of our creator flowing from our creator through the unlimited field of possibilities and the holographic template and "manifesting" as a human being in the holographic reality we call our world. Without that flow we simply blink out and no longer "exist."

So that flow is pretty important to our existence. But we are really not even aware of it. We are only aware of what we sense. Our reality is based on our senses and our reactions and perceptions based on what we receive through our senses. We are totally into the hologram we find ourselves in, the video game our Creator/Source/etc is playing and we are not aware of the one playing the game and feeding us the energy and consciousness that makes us seem real and alive. We are only aware of what we perceive to be our selves.

But that perception is based on our senses and our noggin's resultant perceptions. Our awareness does not generally include that part of us outside of the game. We are unaware of the flow that creates us.
So if we are to understand how to ‘let go and get into that flow’ that feeds us; we must identify and release our blocks. I roughly explained the flow but what is it that we are supposed to let go of? What is it that prevents our awareness of that flow that we are supposed to get into?

Well, what we want to let go of is our resistance to that flow. That is what is preventing or obscuring our awareness of that flow and thereby keeping us out of it. We cannot get into the flow if we are not even aware of it.

So what is it that creates resistance to that flow? Well, it is a false sense of self. It is called ego. Our true self is the consciousness that flows from our source/etc. But we do not have awareness of this true self because we have developed another sense of self that resists that true sense of self. The player in the video game needed a brain in order to take all the information it got from all the senses and use it to maneuver the game. And that brain needed something to run it. That is why egos were developed. The ego orchestrated the logistical aspects of the brain as it was taking information from the senses and employed them to be able to play the game. There was a body, the senses, and the brain to gather all that information and then the ego was developed to create a way for the player to react to the game it was playing. (Remember, this is just a metaphor.)

Well, as an ego plays a game it develops a sense of self because it is the one making the decisions and playing the game--or so it seems to the ego. That sense of self becomes an I. The player then identifies with that "I" that is created out of the egos (plural) instead of the "I" that is the consciousness of the flow from its source/etc. The more the game is played, the more the player identifies with that "I" created by the egos.

Now once this "I" has been playing the game for a long time it becomes stronger and stronger and it becomes very defensive to anything that might challenge its supremacy. It remains totally oblivious to the flow of energy and consciousness that gives it life and starts believing that it is what gives the player energy and consciousness and life. That flow of energy and consciousness coming from the Source/Creator suddenly becomes a threat to the ego's manufactured sense of self. So the ego will resist that flow with all its might because it is a threat to its perceived existence. The ego will do anything and everything to defend itself and the perception of self it created.

The ego is connected to brain and body and therefore it rules thought and emotion. And it is limited to what can be experienced and perceived to what can be experienced and perceived by thought and emotion. But that flow that we have been talking about which comes from our Source/Creator is neither thought nor emotion. Thought and emotion are strictly the result of having a holographic body playing in the video game. Without a body and brain there is no thought and emotion. What the flow contains is not thought and emotion but rather consciousness and feeling. Consciousness and thought are two very different things just as feelings and emotions are two very different things. While the false sense of self, or ego, runs off of thought and emotion, the true self runs off of consciousness and feeling. The true self simply flows and the false sense of self sees the flow of true self as a threat. That is because the true self speaks a different language and we generally take anything we do not understand as a threat. But the ego cannot understand and process consciousness and feeling. Its language is thought and emotion. So it does everything to assert and defend itself. And this is the resistance to flow that we must let go of in order to reconnect with our true self and play the holographic video game from that true self rather than from the false self that was created in the process and with which we identify. That is the resistance and that is the cause of the persistence of all suffering. That is what we must let go of long enough to connect with the flow of our true self. From the position of our true self, we can play the holographic video game (remember it is just a metaphor) without letting the false egoic self take over thus creating enormous resistance. Without the resistance and with a connection to our true self, the game is so much fun that enormous amounts of joy are created and that is why we are playing the game in the first place. The flow and the joy that results is what awakens our divinity and changes the game radically.