What You Resist, Persists 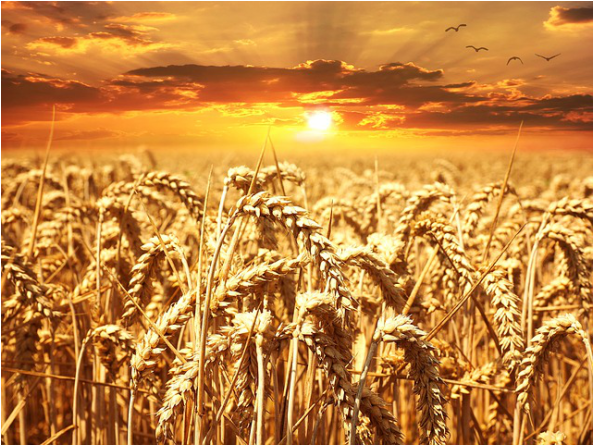 There once was a beautiful valley in which a small group of people had been living for a couple of hundred years. They were farmers and the fertile soils of the valley allowed them to grow large healthy vegetables which not only sustained them but allowed them to trade with peoples of neighboring valleys. The people lived in peace and harmony for several generations but one day a new people moved into the valley and everything changed.

The new people brought with them different seeds for plants that had never grown in that valley before. And they brought with them strange chemicals and farming techniques that were alien to the valley's people. Soon, the original people found that their crops were struggling from the nearby planting and spraying of the new people's crops. The people became angry.

A meeting was held in the center of the village to which everyone attended except for the valley's oldest citizen, a man named Yulka. Yulka sat in meditation near his small parcel of crops close by the meeting. He could hear his people angrily discuss the circumstances.

"These newcomers are ruining our crops," yelled one man. "They are destroying our livelihood," said another. "How can we feed our children when our crops suffer from their seeds and poisons which disperse throughout the valley?" asked a woman. "We must fight them and drive them out of our valley," yelled a young man who was a popular leader of the valley's youth.

Yulka heard the tirades of his fellow people but seemed unaffected as he meditated upon his little garden. Their emotions spent, the people approached Yulka and asked him how he could ignore their plight and not join them in their indignation.

Yulka opened his eyes and said to them, "What you resist, persists."

"Stupid old man!" someone yelled. "How can we not resist? They are destroying us!" said another.
Yulka closed his eyes and resumed meditating.

The next day the people of the valley went to war with the newcomers. It proved to be an intense struggle and the newcomers were not easily defeated. They had weapons the people were not aware of and had no defense against. But the people fought tirelessly, as did the newcomers. There were many casualties on both sides. The peaceful valley turned into a battlefield.

After weeks of battle the people came back to their village to regroup. They noticed that Yulka was once again sitting in meditation by his small garden. They noticed that his garden was growing quite well then they looked at their own gardens which barely held any crops because they were untended as all the people were too busy fighting.

"Why do you ignore us and not fight with us?" asked one of the wounded villagers.

Opening his eyes, Yulka responded, "Because I am giving my energy to my garden while all of you are giving your energy to your perceived enemy.

"But we must fight them for our survival," said someone in the crowd.

Yulka stood up and faced the crowd, "That which you give your energy and love to grows. My garden is giving me food to last until the next season while your gardens are barren and empty. Instead of giving your energy to your gardens you give your energy to an enemy who will eventually overcome you because you will go hungry. I surrender with love to that which nurtures my garden while you resist that which you perceive to be a threat and therefore you fuel that threat. What you resist, persists. I resist nothing and love everything. And my love is rewarded." Yulka pointed at his garden.

The villagers walked away from Yulka and prepared for their next battle with the newcomers. They vowed to fight with ever more determination.

The next day the villagers went into battle yet again with the newcomers and they were soundly defeated. The newcomers seemed to somehow have gotten stronger. Meanwhile Yulka harvested his garden and stored the harvest. But he left part of the crops in the garden.

When the victorious newcomers came to Yulka's garden they were famished. Yulka offered them the remaining crops in his field.

After gorging themselves, the newcomers asked Yulka what his secret was; why he still had food to eat and why he did not fight. Yulka smiled and said, "What you resist, persists."

The newcomers looked at each other in confusion. "Stupid old man!" someone in the crowd yelled. Sated, the newcomers moved on to the next valley to continue their conquests.

Yulka said a prayer of gratitude then went into his hut to dine on a delicious feast from his harvest. When finished he threw his scraps out onto the ground for the birds and squirrels and other animals to eat. While everything seemed to have changed, the abundance of the valley had not.